Space Center & the Definition of Basic

The definition of a Basic Pokemon is more complex than widely assumed.

Being ‘Evolved’ does not override a Basic Pokemon’s card text, nor is the absence of a card ‘underneath it’ the sole definition of a Basic Pokemon. At the same time, having a card underneath does not automatically make a Pokemon ‘Non-Basic’.

Weeks back, I posted a long write-up about why the ‘Evolved Basics’ of Wobbuffet, Jynx, Magmar, etc. are still ‘Basic’ Pokemon and would be affected by Space Center, Sand Damage, Shining Horn, etc. That didn’t seem to generate any discussion. You can find that here: [BR] Jirachi (DX 9). Wobbuffet (LM 28). Space Center is not shut

The current assumption is that being ‘Evolved’ automatically overrides a card’s text, even if no card effect (like Archie, or Strange Cave) says to override the text. As a result, Wobbuffet LM, Jynx UF, etc. are assumed to no longer be Basic Pokemon and are thus immune to Space Center, Sand Damage and any other references to ‘Basic’ Pokemon.

But nowhere on their cards does it if they are Stage 1’s, or Stage 2’s. Nowhere in the game does ‘being evolved’ override a card’s text, which says if they are Basic, Stage 1, or Stage 2.

Being an ‘Evolution Card’ does not automatically make a Pokemon ‘non-Basic’ as seen by Archie, Strange Cave, etc, which by card effect turn Evolution Cards into Basics. Their text has been overridden explicitly, by card effect. The absence of a card underneath them is not what makes them Basic, but the effect stating that they are.

A Pokemon is only a Basic, Stage 1, or Stage 2 if it says so on the card, or by card effect. This is seen in multiple Compendium rulings on Team Assembly, Influence and Strange Cave. Rare Candy also demonstrates this by affirming that Stage 2’s placed on top of Basics are still Stage 2’s. Just because they have a Basic underneath them doesn’t make them Stage 1’s. Just because an ‘Evolved Basic’ like Jynx has Smoochum underneath doesn’t mean its ‘Basic’ card text has been overwritten. It’s not a Stage 1, not a Stage 2, not some other category. It’s still a Basic Pokemon.

Just as how Special Conditions are ‘states’ that cards are in, being ‘Evolved’ is a state a card is in, not a text modifier.

In order for Baby Evolutions’ card texts to be modified, somewhere in the Baby’s Power, or the Evolved Basic’s Body, has to say to treat the card as something other than its text, or else a fourth category of Pokemon actually exists.

I think it is incredible to assume that Baby Evolutions are creating a fourth category of Pokemon that is otherwise not referenced anywhere in the game (Evolved Non-Basic, Non-Stage 1, Non-Stage 2 Pokemon).

The simplest definition of a Basic Pokemon is that its card text, or card effect says it is. Being ‘Evolved’ does not modify a card’s text, unless a card effect says so. A ‘Basic’ Pokemon can be ‘Evolved’ and still remain Basic as long as no card effect has modified its text.

The current interpretation of Baby Evolutions, that they are immune to references to ‘Basic’ Pokemon, is impulsive and contradictory. It is more accurate if they receive all the benefits of being ‘Evolved’ (Scramble, Boost, etc.) while retaining all the drawbacks of being ‘Basic’, not ‘Non-Evolved’ (Aggron ex Intimidating Armor, Shining Horn, Space Center, etc.).

If that is the case, though, that they are able to evade references to ‘Basic’, then the texts of numerous cards have to be modified to contain a new term never seen in any card prior: “Non-Evolved Basic Pokemon.” At the same time, it also means Baby Evolutions create a fourth type of Pokemon that also isn’t found anywhere: Evolved Non-Basic, Non-Stage 1, Non-Stage 2 Pokemon.

You have no idea how complicated this “what is a Basic, and what isn’t a Basic” stuff is. Here’s something I found digging around Japanese sites and rulings prompted by this discussion coming up again, but me actually having many more sources of information now.

Unlike the rules for Baby Pokémon, Baby Evolved Pokémon are treated as “Basic Pokémon” as written on the card. However, it is not an “unevolved Pokémon” but an "evolved Pokémon.
Source https://wiki.ポケモン.com/wiki/ベイビィしんか

You’re right that Space Center could have been worded better, which is probably why you see similar cards, like Snowpoint Temple, clarified in the Diamond & Pearl series. 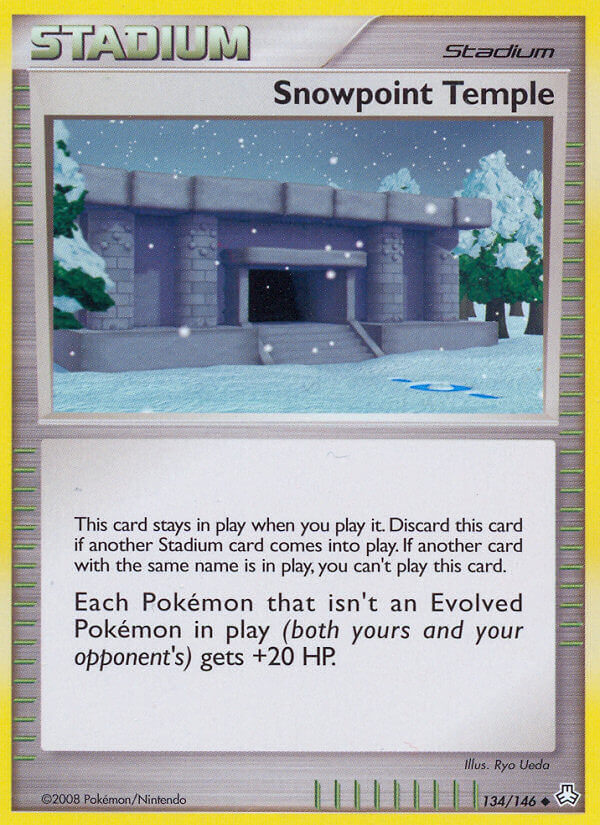 Whenever we have confusing situations like this in Pokémon, we’ve learned that we must determine the intention of the card and not always rely on the literal text. When trying to assess the intention of Space Center, I find it very unlikely that it would disable Poké-Bodies on Basic Pokémon when they become evolved Pokémon via Baby Evolution. The reason for this is my experience playing these old formats. Both Jynx and Wobbuffet were popular cards during their time, so if Space Center did disable these Poké-Bodies, I can’t imagine this wouldn’t have been known. Even if the international community had it wrong, it would have almost certainly come to light at the 2006 World Championships when Japan met with the rest of the world.

@Hope_advpcg is an experienced player from Japan that might be able to confirm the ruling. 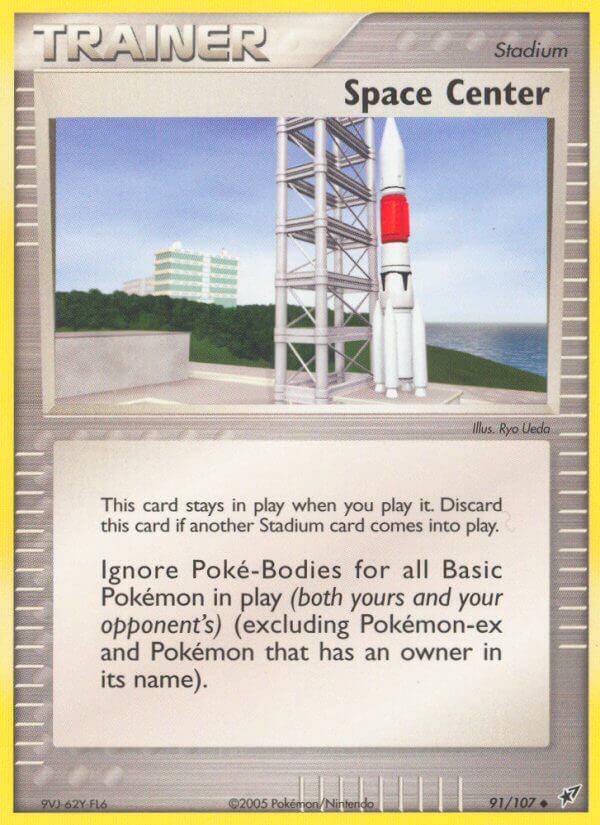 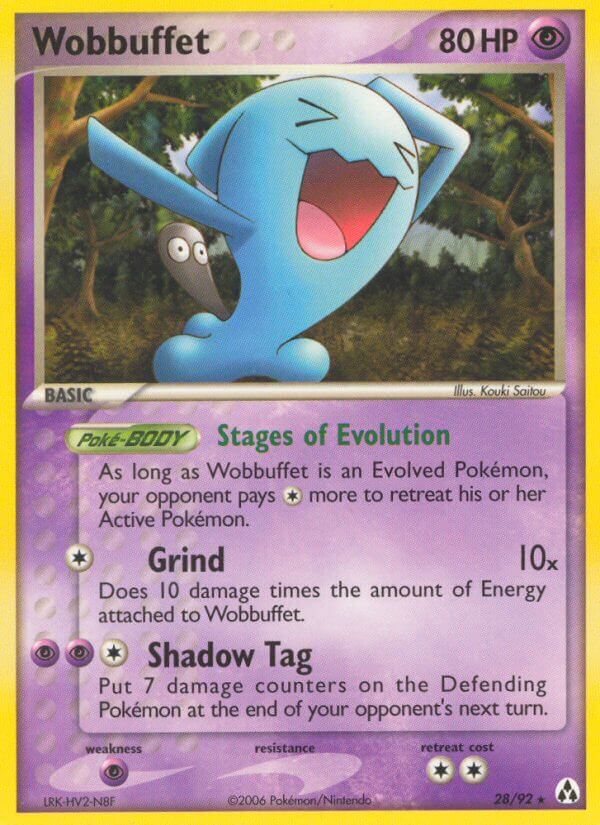 It’s worth noting that if Space Center’s ‘Basic’ is to mean ‘Non-Evolved’, then multiple cards have to have their ‘Basic’ references modified. Since the EX-era already uses the term ‘Evolved Pokemon’ rather than ‘Stage 1, or Stage 2’ to define an evolved Pokemon (e.g. Boost Energy), the absence of ‘Non-Evolved’ and the emphasis on ‘Basic’ doesn’t look like an oversight despite it showing up in later generations. For instance, Great Ball Storm Front doesn’t exclude Pokemon-ex in its text, but obviously that’s no grounds for EX-era Great Ball allowing ex, as they’re products of two different eras.

Great Ball is an explicit errata. It’s not a good example here. Space Center can still be used in Unlimited format, so the exact wording or intention is important for TCG One. On the other hand, Great Ball is an errata and a reprint with different effect, which in Unlimited format, you use the newest wording meaning you’d still be able to pull a Pokémon ex from the deck even if you were using the card that mentions not being able to.

I generally disagree with Jason’s point of

Whenever we have confusing situations like this in Pokémon, we’ve learned that we must determine the intention of the card and not always rely on the literal text.

I’ve found that in most cases there are clarifications in Japanese rulings that never made it to international rulings. I personally always try to verify everything against Japanese rulings and text going as far as finding long lost rule documents using archive.org’s wayback machine.

As an aside: if anyone has a PDF or similar of a Neo-era Japanese rulebook, I’d much appreciate getting a look at it. An English one would also be nice, but isn’t necessary.

I’m pretty sure at this point that “Basic Pokémon” means

But I will of course wait to hear from Japanese players that played at that time. I’m also curious about how many relevant decks Jason faced in the 2006 Worlds and whether the opportunity for conflicting rulings/understandings actually came up, or if players with them managed to just play against opponents who understood the cards the same as them, or didn’t end up using the card combination in matches where it could have caused a conflicting understanding.