I have fond memories of the first generation of Pokémon cards. But I also realize that a lot of the cards back then were not as optimal as I’d like (special energy cards were most often not useful as very few Pokémon used colorless energy). ZF_Goku’s rework of the first two generations of Pokémon cards is phenomenal in my opinion as it fixes a lot of the things I also felt needed fixing. It also includes many new custom cards which is really cool. Inspired by this massive effort, I wanted to contribute in some way to the project. After discussing it with ZF_Goku, I decided to create a compilation set with the best cards of the first generation of Pokémon cards… but with realistic illustrations instead by various artists from all across the world!

At first, I used some modified Magic the Gathering blanks for the cards. I also built every card in photoshop, but I quickly realized that I was gonna have a hard time as changing the position of the text on one card meant that I had to do the same thing to all cards I made before it.

That’s when I started using Magic Set Editor, a template creation software and card editor. Even though it was mostly used for creating custom Magic the Gathering cards, it was also possible to make templates for other card games. I started porting my photoshop template to the software. I wrote the Magic Set Editor template from scratch as I didn’t really have a reference back then, but found out along the way that I was really limited in my creative freedom if I continued to use Magic the Gathering blanks… so I made my own blanks. I put many, many hours into the blanks and they changed multiple times while I was developing the first set, which I called Imperium (which means power).

Spread across a couple of years, I finished the first set, which was pretty hard as ZF_Goku was still very actively developing Pokémod and I had to change the content of cards multiple times. After completing Imperium, I wanted to keep going (and there were also still some essential trainer cards missing), so I started working on a second set, called Sequentia (roughly meaning “next”). It would contain not only the second generation of Pokémon, but also about every trainer card that wasn’t in Imperium.

As a set, Sequentia was even tougher than Imperium because of the various changes that had to be made to the layout of the template because of the shenanigans of the second generation like 3 attacks, 1 power and 2 attacks, baby power and also a Pokémon power, etc. It was madness but also very fun because I took it as an opportunity to rework the template to be much easier to work with.

I’m very proud of what I was able to turn these two sets into. I even drew a couple of illustrations on some of the trainer cards myself! But I wouldn’t have been able to keep going if not for ZF_Goku. There’s passion… And there’s ZF_Goku! Seriously, if there’s one hype machine, it’s him! I’d also like to thank the various artists that I credited in the bottom left of the cards, as well as a lot of the other people on the TCG ONE discord for the support and compliments. You guys rock!

Here are some examples of the changes that the template went through: 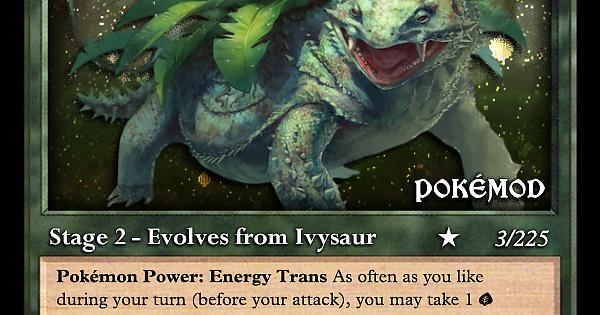